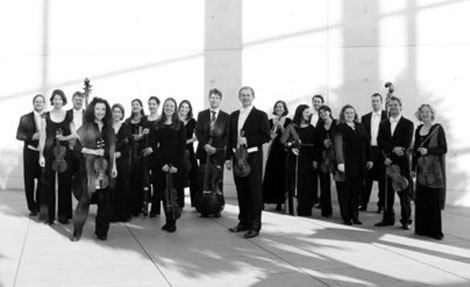 “(…) One would like to rank Rüdiger Lotter and his Hofkapelle Munich among the very best special ensembles of early music, and yet the Hofkapelle would shine among them with their grandiose concentration and addictive joy in playing (…)” wrote the Süddeutsche 2013 in Munich The ensemble is based on the tradition of the court chapel of Ludwig Senfl. At the beginning of the 16th century, he had transformed a rather disorganized group of musicians into a professional ensemble, which soon established itself as a top ensemble. It is true that today’s Bavarian State Orchestra followed from the Hofkapelle. However, the court orchestra, founded in 1992, seamlessly follows the important history of the court orchestra and southern German music history. She is dedicated to the rediscovery of the treasures of her music history, realized in cooperation with the Bavarian Theater Academy August Everding opera productions of the 17th and 18th centuries, including in 2011 the much acclaimed opera production “Didone abbandonata” by Johann Adolph Hasse and 2013 “Adelasia ed Aleramo” by Simon Mayr. With the renowned Baroque violinist Rüdiger Lotter at the helm, the Munich Court Orchestra jumps enthusiastically across the Bavarian horizon and interprets music of European musical history unmistakably and lightly.