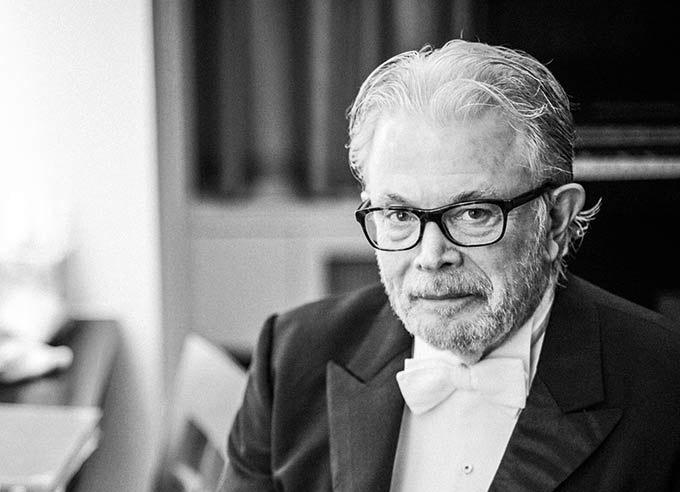 The Herrenchiemsee Festival was one of Enoch zu Guttenberg’s many heartfelt concerns. He made it a unique experience in today’s festival landscape, both artistically and aesthetically – with an impact far beyond the borders of Germany. For the coming years, everyone involved wishes to continue the festival in his spirit.

In the year 2000, Enoch zu Guttenberg and his Dramatic Advisor Klaus Jörg Schönmetzler used a seven-day “Bach Festival” to test the suitability of the Hall of Mirrors in the Royal Palace of Herrenchiemsee as a concert hall. In 2001, the result was the International Herrenchiemsee Festival, that has developed into an institution in the world’s musical life: a concept festival with an unmistakable profile and the highest artistic standards. The measure of the programme has always been the particular magic of the location with its fifteen hundred years of monastic tradition, the world-famous Royal Palace, and the aura surrounding the birthplace of Germany’s modern constitution.

The Herrenchiemsee Festival has a very special duty towards the genius loci, the unique character of its concert venues. For this island, the “Herreninsel” or “gentlemen’s island” in Lake Chiemsee, as one of the most important sites in German cultural history, is far more than just the backdrop for a world-famous royal palace. Thus the Chiemsee islands are among the earliest known areas of settlement in the foothills of the Bavarian Alps. In about 630 a monastery was built on Herrenchiemsee, one of the first north of the Alps. Some 140 years later Duke Tassilo III had two extensive monastic complexes laid out: not only did he enlarge and rebuild the existing monastery on Herrenchiemsee, but had a Benedictine nunnery built on the “Fraueninsel”, the “women’s island”. The names of the two islands still reflect this monastic tradition.
Both institutions made history. It was from Herrenchiemsee that the monks Cyril and Methodius set out to christianize eastern Europe. And one of the first abbesses of Frauenchiemsee was Irmingard, the daughter of Louis the German (the first king of East Francia, the forerunner of modern Germany), whose beatification also documents the central importance of the convent for the culture of the Bavarian heartland.

Until the Napoleonic period the bishopric of Chiemsee dominated the region as a religious and artistic centre with an important musical tradition. In 1676 Lorenzo Sciasca created, in the form of the Island Cathedral (destroyed in 1803), one of the first great Italianate Baroque churches north of the Alps. King Ludwig II, finally, showed himself to be an ecologically minded monarch by acquiring the island for the kingdom of Bavaria in 1873, thus preserving the ancient forests at the last minute as the loggers were due to start work. The place made history again in 1948 when Germany’s Constitutional Convention met here to agree on a democratic legal foundation for the country after the barbarism of the Nazi dictatorship.

In 1803 all the monasteries and convents in the Holy Roman Empire were dissolved, in some cases, as here, by force. The subsequent fate of the two islands was very different.
In 1828, Frauenchiemsee witnessed the establishment of one of Germany’s first artist colonies. The convent was reinstated, and the nuns are still there today. Grandiose historic buildings, including the Carolingian Gatehouse and the Romanesque Minster, bear witness to the continuity of a twelve-hundred-year culture.
The Herreninsel by contrast was abandoned, devastated and looted until Ludwig II acquired it for the Bavarian kingdom and erected his dream-Versailles in the form of Herrenchiemsee Palace: a “fastness of solitude”, which he decreed should not be entered by anyone other than himself and his servants.