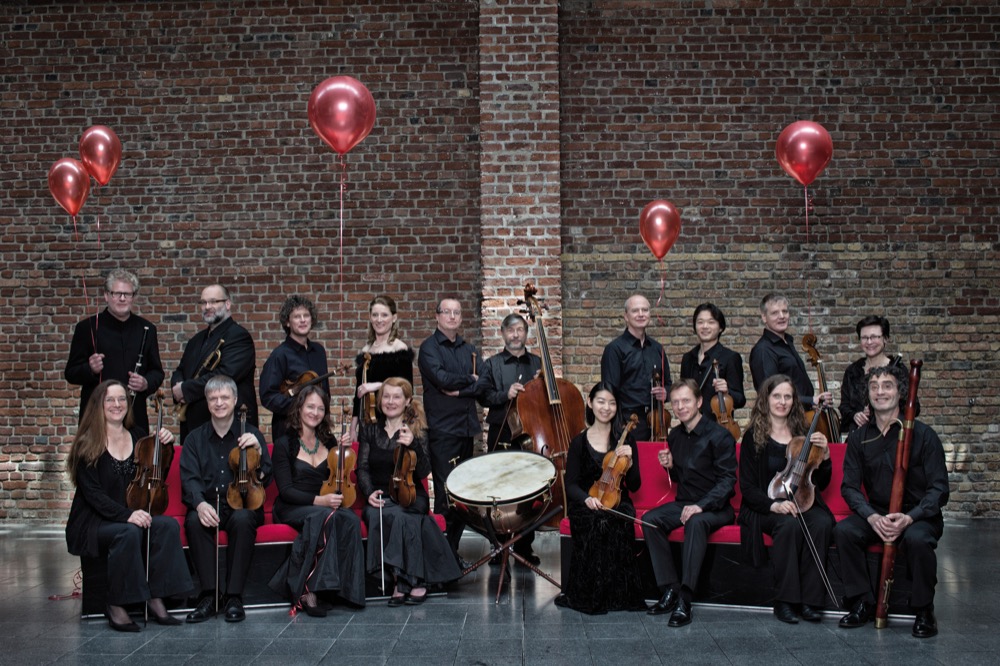 More than 30 years of world class performances characterised by a highly individual sound and a passion for the re-discovery of forgotten repertoire mark out Concerto Köln as one of today’s leading orchestras for Historically Informed Performance. With one foot firmly rooted in Köln’s musical life, the orchestra is a regular guest at important musical venues worldwide, and stands for excellence in the interpretation of early music.
In the 2021/2022 season Concerto Köln achieved remarkable performances together with their honorary chief conductor, Kent Nagano: a spectacular rendition of Beethoven’s Missa Solemnis in Köln’s cathedral with the cathedral’s vocal ensemble, and Richard Wagner’s „Das Rheingold“ in the Kölner Philharmonie and Concertgebouw Amsterdam. Enthusiastic reviews in the international press of the Wagner performances heralded them as interpretative landmarks, setting new standards for historically informed renditions of Wagner’s works. These concerts, which brought the five-year research project „Wagner Readings“ to a close, opened up new dimensions for text declamation, singing style, and the dramatic interpretation of Wagner’s works for the stage. An outstanding cast of singers were praised for their nuanced rendering from bel canto to declamation in Sprechgesang style, and the orchestra was commended for unprecedented new timbres, tonal transparency, and breathtaking tempi. „Wagner Readings“ is an artistic research project that was financed by grants from the Kunststiftung NRW, the Strecker-Stiftung, the federal government of North-Rhine Westphalia, and MBL Unique High End Audio.
The current season also includes performances at the Schwetzingen SWR Festival’s jubilee season, the Herrenchiemsee Festival and the Rheingau Musikfestival. Concerto Köln’s new partnership with rising star soprano Jeanine de Bique is worthy of note: their first album together, “Mirrors“, received prestigious awards and accolades immediately after it was released in October 2021. Concerto Köln and Jeanine de Bique are touring in Germany, France and the Netherlands with a “Mirrors“ programme in this season and will take it to the USA in March 2023.
Concerto Köln is self-governed by the orchestra members. It is spearheaded by concert-masters and soloists Mayumi Hirasaki, Evgeny Sviridov and Shunske Sato, who are an integral part of programmes created by artistic director Alexander Scherf that are enthusiastically received by international audiences.
The orchestra has worked closely with the recording company Berlin Classics since 2008. Concerto Köln’s total discography of more than 75 recordings in the last 30 years, many of them award-winning, also includes well-known repertoire performed in such a fresh and “astonishing“ manner (Die ZEIT) that listeners might imagine being present at the work’s first performance.
Concerto Köln is supported by the Federal Ministry for Culture and Science in North-Rhine Westphalia, the Kunststiftung NRW and the Goethe Institut. Further grants from the RheinEnergieStiftung Kultur and the Kreissparkasse Köln enable Concerto Köln’s education projects for school-aged children.