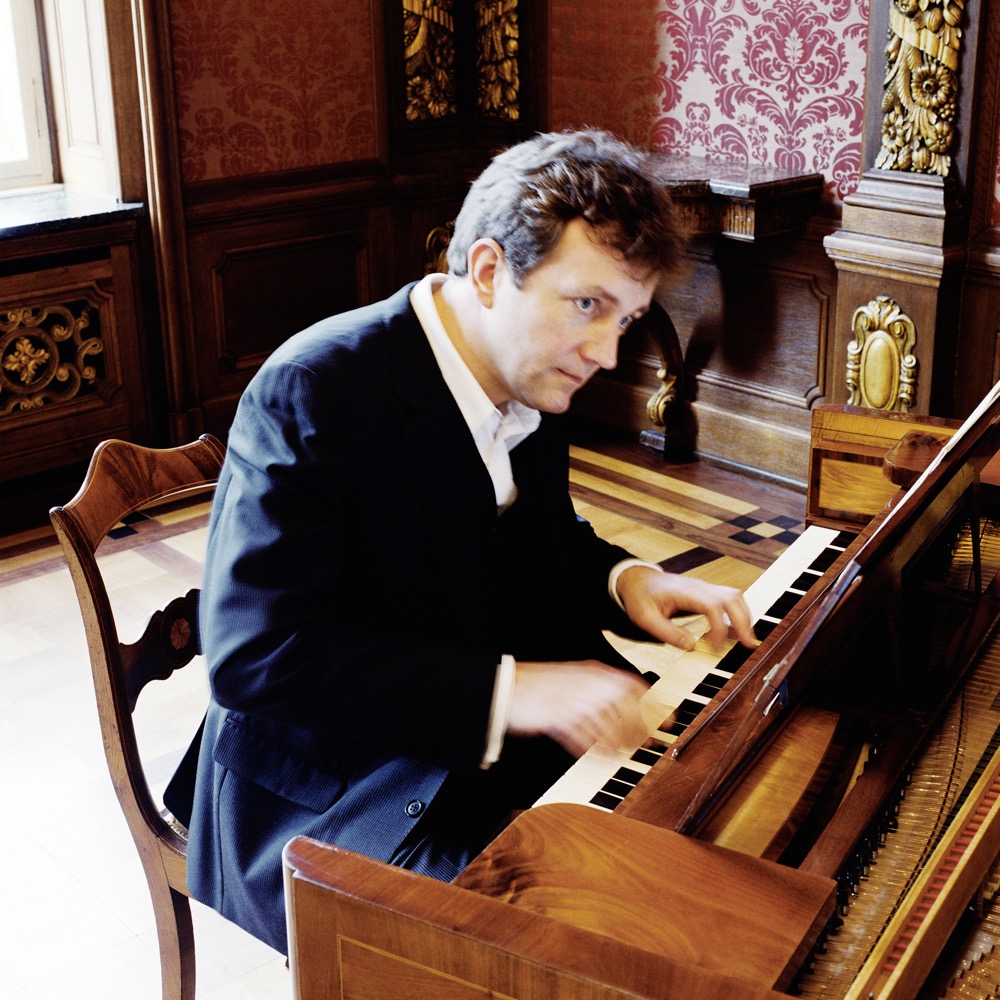 To probe the mysteries of sound with open-mindedness, versatility and with a sense of joy for discovery is the musical credo of Tobias Koch. Right from the beginnings of his musical career, Koch has been fascinated by the expressive potential of period keyboard instruments; he plays the harpsichord, clavichord, tangent piano, fortepiano, orphica, piano-pédalier, organ, and romantic grand piano in unorthodox and spirited performances — “with disarming spontaneity,” as a large German weekly put it. Koch chooses the most suitable instrument after extensive musicological research and performance practice studies, always leading to new results. For years, he has been considered one of the leading interpreters in the field of romantic performance practice, and particularly of the work of Robert Schumann. The German Radio MDR Figaro wrote: “Inspired and inspiring right from the beginning – Koch’s playing conjures up images that appear just as quickly as they fade away. Koch’s playing is infectious, every moment is an adventure.“ Koch’s comprehensive musical career has taken him to concert venues throughout Europe, North America, the Middle East and other regions of the world. As a soloist, chamber musician and Lied accompanist he performed at music festivals including the Schleswig-Holstein Music Festival, Ludwigsburger Schlossfestspiele, Verbier Festival, Warsaw Chopin Festival, Rheingau Music Festival, Beethovenfest Bonn, the Schumann Festivals in Düsseldorf, Bonn, Leipzig, and Zwickau, the Mendelssohn Days at the Gewandhaus Leipzig and many international festivals of Early Music. Koch gained valuable artistic impulses in master classes at the music conservatories of Düsseldorf and Graz with David Levine, Roberto Szidon, Walter Kamper; he has received further musical stimuli from artists such as Jos van Immerseel, Malcolm Bilson and Andreas Staier. He is a recipient of the music award of the city of Düsseldorf, teaches at the Robert Schumann Conservatory in Düsseldorf, the Berlin University of Arts and the Warsaw Chopin University of Music and is a much sought-after lecturer at master classes throughout the world as well as at the Academies in Verbier and Montepulciano. In addition, he is jury member of renowned piano competitions such as the International Chopin Competition on Period Instruments in Warsaw or the German Chopin Competition. Koch has worked with musicians such as the pianists Andreas Staier and Janusz Olejniczak, violinists Gottfried von der Goltz, Rüdiger Lotter and Joshua Bell, cellist Steven Isserlis, singers such as Dorothee Mields, Markus Schäfer, Jan Kobow and Thomas E. Bauer, the orchestras Concerto Köln, Frieder Bernius and Stuttgarter Hofkapelle, Václav Luks and the Collegium 1704 Prague, Rüdiger Lotter and Hofkapelle München, as well as the choirs of the West German and Bavarian Broadcasting Corporations. He also collaborates closely with instrument makers, restoration specialists, and major instrument museums. He owns an extensive collection of historical keyboard instruments. Numerous productions for radio and television, publications on the subjects of historically informed performance, musical rhetoric and music aesthetics, as well as the edition of sheet music for the Wiener Urtext Edition and other publishers are part of his extensive musical portfolio and they complement his more than 40 CD productions with works by composers from Mozart to Brahms, many of them receiving international awards and critical acclaim. Among them, most notably, are the recordings of all piano pieces by Ludwig van Beethoven and two CDs for the New Complete Beethoven Edition by Deutsche Grammophon, featuring a num