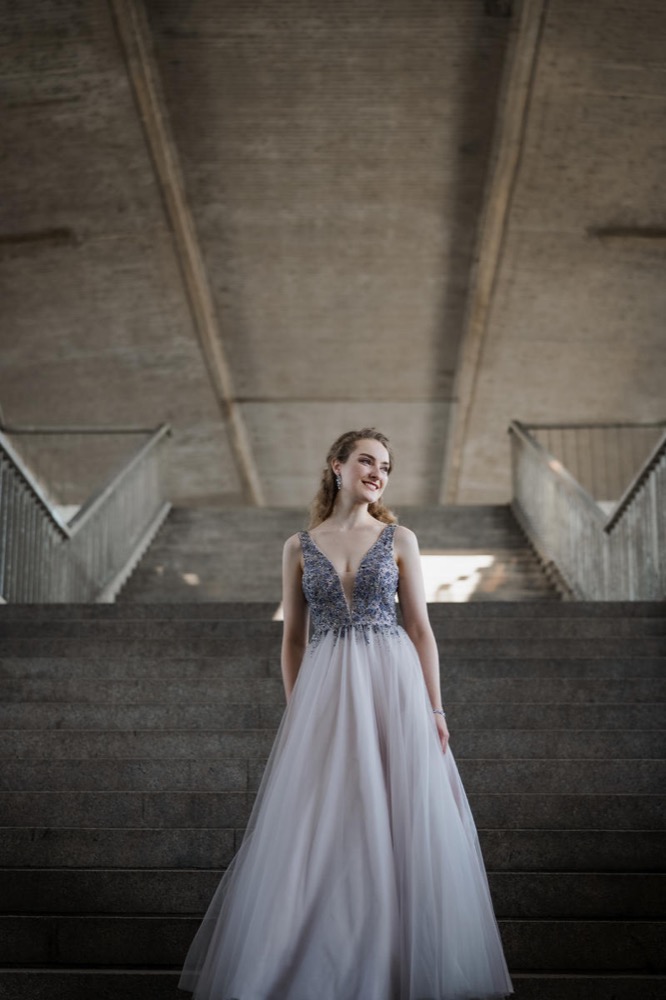 German soprano Nikola Hillebrand is praised by expert reviewers for the bright radiance of her voice with its noble timbre, her lightness of touch and sophisticated technique as well as her touching, charming stage manner and highly nuanced interpretations.

While still at the beginning of her career, she has already appeared at leading opera and concert houses such as the Bavarian State Opera, the Glyndebourne Festival and Vienna’s Musikverein. Nikola Hillebrand joined the ensemble of the Semperoper Dresden in autumn 2020. In the 2022/2023 season she will appear at the Semperoper Dresden in roles such as Pamina (Die Zauberflöte), Musetta (La Bohème), Zdenka (Arabella), La Musica (Orfeo by Monteverdi), Gilda (Rigoletto), Ännchen (Der Freischütz) and Adele (Die Fledermaus). She already sang the latter alongside Jonas Kaufmann as Eisenstein at the Semperoper’s New Year’s Eve concert in 2018. Other highlights of last season included Zdenka in Richard Strauss’ Arabella at the Theater Bonn, concert performances of Johann Strauss Fledermaus with the Orchestre National in Lyon. With the role of Zdenka she also celebrated an outstanding debut at the Zurich Opera House. As Pamina, Nikola Hillebrand will make her debut at the Opera House in Hamburg in December 2022.

Along her young career, Nikola Hillebrand has worked with conductors such as René Jacobs, Robin Ticchiati, Jérémie Rhorer, Franz Welster-Möst, Alexander Soddy, Manfred Honeck and Stephan Gottfried. Recent highlights include concerts with the Collegium 1704 and Václav Luks in Warsaw, and the Cologne Philharmonie, and a Brahms Requiem with Raphaël Pichon and Ensemble Pygmalion at the Vienna Konzerthaus and the Philharmonie Essen, excerpts from Humperdinck’s Hansel and Gretel with the Tonkünstler Orchester Niederösterreich in Grafenegg or Mozart’s Laudate Dominum from the Vesperae solennes de Confessore as well as Mozart’s Requiem with the Staatskapelle Dresden conducted by Manfred Honeck in the Semperoper Dresden. A tour of arias by Mozart and Mendelssohn took Nikola Hillebrand to Germany and Switzerland together with the Basler Kammerochester.

Future highlights include concerts with excerpts from Richard Strauss’ Rosenkavalier in Bordeaux, Myslivecek’s Abramo ed Isacco with the Collegium 1704 under Václav Luks at the Salzburg Festival Mahler’s IV Symphony with the Basel Symphony Orchestra conducted by Markus Poschner, Bach cantatas with Václav Luks at the Cologne Philharmonie, Strauss Lieder with Fabien Gabel in Stavanger, Mendelssohn’s Paulus conducted by Fabien Gabel in Grafenegg and Beethoven’s C-Major Mass at the Vienna Konzerthaus.

In addition to her opera and concert activities Nikola Hillebrand is a passionate lied singer. She is the winner of the international song competition “Das Lied 2019” in Heidelberg (jury chaired by Thomas Quasthoff) and recently celebrated her recital debuts at the Heidelberger Frühling, at the Festival de Pâques in Aix-en-Provence, at Leeds-Lieder and at the Schleswig-Holstein Festival. In the upcoming season, Nikola Hillebrand will be able to present herself with Lied at the at the Pierre-Boulez-Saal in Berlin, at the Wigmore Hall in London, at the Essen Philharmonie, as well as at the International Hugo-Wolf Academy in Stuttgart.

After her studies in Munich, Nikola was engaged by the Nationaltheater Mannheim. As a member of the ensemble, she appeared in roles such as Sophie (Der Rosenkavalier), Despina (Così fan tutte), Gilda (Rigoletto), Norina (Don Pasquale) and Queen of the Night (Die Zauberflöte). With her interpretation of the title role in Monteverdi’s L’Incoronazione di Poppea, she celebrated a great success in her former ensemble house.