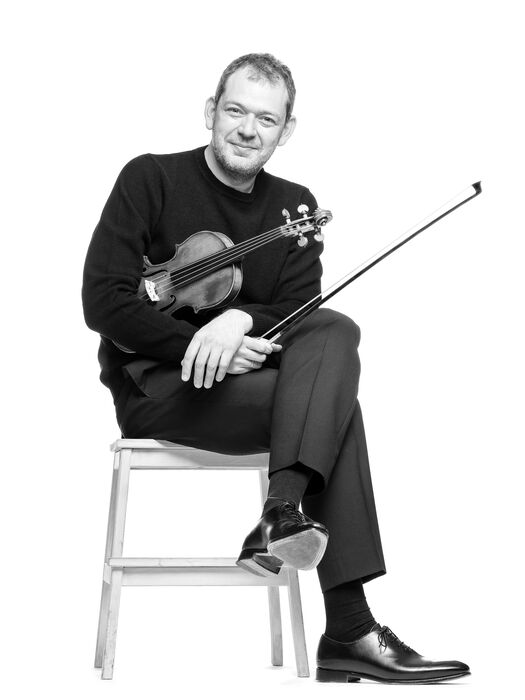 During his training on the modern violin with Jean-Jacques Kantorow at the Paris Conservatoire, the French violinist Baptiste Lopez worked with personalities such as Philippe Herreweghe, Sigiswald Kujiken, Robert D. Levin and Alessandro Moccia. In the process, he penetrated deeply into the art of playing on period instruments and became enthusiastic about the tonal richness of gut-stringed string instruments. This preoccupation with early music had a strong influence on his way of playing music and helped him to develop an architectural, harmonic and contrapuntal way of thinking not only in early but also in modern music – an extremely fruitful prerequisite for his career as a leader of various ensembles.

On the modern violin, Lopez has played a lot of chamber music, but also in several symphony orchestras, such as the Paris Opera and, most recently, at the invitation of Philippe Herreweghe, as concertmaster of the Antwerp Symphony Orchestra for three years. With a background as an interpreter of baroque music, he has served for the past ten years as concertmaster of the Collegium Vocale Gent, which still invites him as concertmaster. He also conducts, among others, the ensemble of the French countertenor Damien Guillon, Le Banquet Céleste as well as the ensemble Pygmalion.

His preferred field is certainly the interpretation of classical and romantic music on original sound instruments. This not only in ensembles such as the Orchestre des Champs-Élysées, Il Convito or Chambre Philharmonique, but also as a chamber musician, especially with the Edding Quartet, founded in 2008, with which Baptiste Lopez has given numerous concerts and recorded CDs, chamber music by Haydn, Beethoven, Brahms and Schumann on gut strings. After many years of concentrating on chamber music, he now wants to focus more on orchestral repertoire. With pianist Maude Gratton, he founded a chamber orchestra in 2016, which he leads as concertmaster. Most recently, he began his collaboration as concertmaster with the Balthasar Neumann Ensemble at the invitation of its conductor Thomas Hengelbrock.
He has been concertmaster of the Basel Chamber Orchestra since June 2018.